The Radiation Therapy department at Clatterbridge Cancer Centre recently expanded to a third site in Liverpool. To ensure efficiency and quality across all sites, the Clatterbridge team standardized all 11 linacs to one vendor. Once they realized the benefits of this decision — reduced training, consolidated upkeep, single point of contact — they moved to standardize Quality Assurance (QA) equipment as well.

Their vendor of choice: Sun Nuclear, part of Mirion Technologies.

Managing disparate QA tools creates inefficiencies, including bloated training needs and reliance on experienced staff with the use of more complex equipment. Conversely, syncing QA tools to a single vendor streamlines training and can help with distributing product knowledge across staff.

Finally, troubleshooting is simplified with only one vendor to contact for support.

Learn how they addressed standardization across their Quality program

“QA is one of those areas where you can have fragmentation and end up with a higher training burden and a lot of overhead of maintaining different systems. We made this decision to move to one system and one supplier so that there would be similarities in how the equipment worked for our department.” 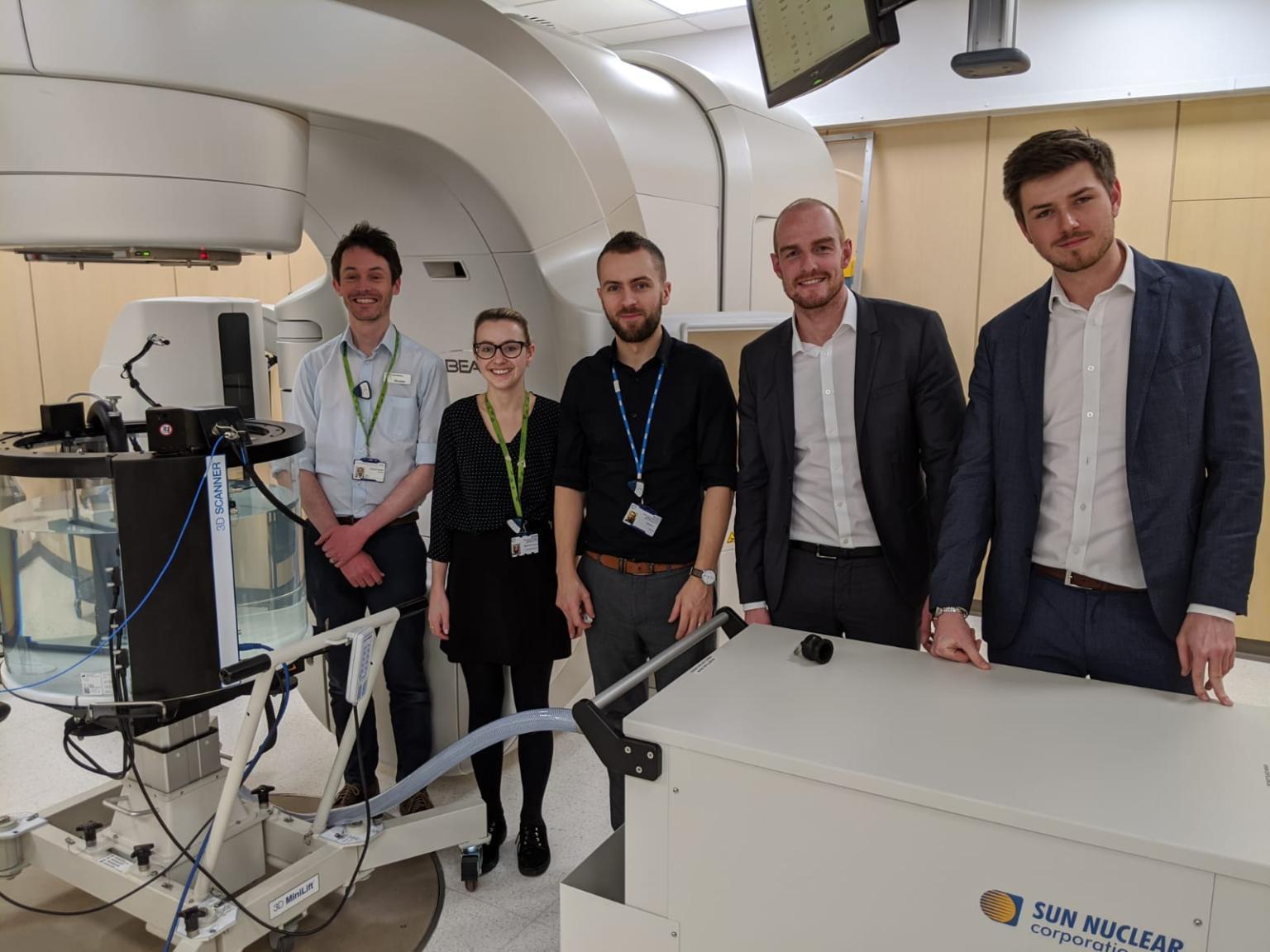 During the decision-making process, the Medical Physics department was entering a period of significant commissioning work. The new site was to open with two new linacs capable of SRS/SBRT, and three more were to be transferred from another site. At the same time, some of the Centre’s current linacs were nearing 10 years old and needed robust commissioning. For this multi-faceted challenge, the Clatterbridge team selected Sun Nuclear’s 3D SCANNER™ Water Tank Scanning System.

Other tanks they’ve used required a high level of user expertise, whereas they found the 3D SCANNER system was simple to set up and use.

Clatterbridge even commissioned two new linacs on a building site with the 3D SCANNER system. Due to the construction and security concerns, they had to pack up the tank each night and set it up again in the morning. This seemingly onerous task required minimal effort due to the ease of setting up and dismantling the 3D SCANNER tank. They found it so easy to use, in fact, they often use if for smaller measurements.

As part of their new site, Clatterbridge Cancer Centre implemented the MICRO+™ Fixed Lasers from Sun Nuclear, for patient alignment. While this was their first time using this brand of lasers, they found the remote control user friendly, and spatial accuracy of +/- 0.5 mm at the patient built confidence into the patient alignment process.

“Our number one ask of lasers is that they are reliable. Thus far, our SNC lasers are just that, reliable,” notes Dr. Martyn Gilmore, Consultant Clinical Scientist, Clatterbridge Cancer Centre.

The Clatterbridge team has extensive experience with in-vivo dosimetry. However, working with diodes was tedious and their initial EPID-based solution required too much manual input per patient. With efficiency as one of its key tenets, the automated In-Vivo Monitoring capabilities available with SunCHECK™ Patient was a welcome alternative. The EPID-based SunCHECK solution alleviates the need for user input with the automation of data processing running in the background, and has allowed the team to significantly expand their in-vivo dosimetry ‘footprint’ from a few skin patients to more than 200 external beam patients per month. Not only that, but remote access functionality allowed the department to have a holistic view of all their in-vivo QA anywhere for all three sites, and has been particularly helpful during COVID-19 with staff members working remotely.

Pictured at left: Example SunCHECK Patient in-vivo monitoring event analysis for a patient undergoing prostate radiotherapy at Clatterbridge
The delivered integrated image is on the left, vs. expected on the right. A 2D gamma plot shows good agreement, with line profiles presented below for further inspection.

For automated Daily, Monthly and Annual Machine QA, Clatterbridge uses SunCHECK™ Machine. Having those tests running in the background, instead of the manual input needed previously, is a big benefit. Any member of the team can acquire the data, and the Physics staff can review at their convenience.

For the commissioning of a single iso-center stereotactic approach for multiple metastases (Varian Medical Systems® HyperArc™ System*), the Clatterbridge team had concerns about verifying off-axis accuracy, especially at large couch rotations. Before treating their first patient, they began using Sun Nuclear’s MultiMet-WL Cube. With this tool, they were able to verify a suspected rotation issue with one of their linacs and work with the linac vendor to correct the problem.

The MultiMet-WL Cube has given them confidence to know that their machines are accurate enough to perform these highly precise plans, or to alert them to an issue that needs addressing.

Whenever the Clatterbridge team finds an issue with a Sun Nuclear phantom or software solution, they contact the Sun Nuclear Support team, and have been pleased with the quick response and resolution to any issues. “No system is perfect,” notes Dr. Martyn Gilmore, Consultant Clinical Scientist at Clatterbridge. “We’re quick to flag issues when we find them, and we’re always pleased with the quick response and fix to any issues.” The United Kingdom Sun Nuclear distributor, Xiel Limited, is also readily available to support or escalate any issues. Having one vendor to contact, and knowing that vendor will be responsive and helpful, gives the Clatterbridge team great confidence in entrusting their QA program to Sun Nuclear solutions. 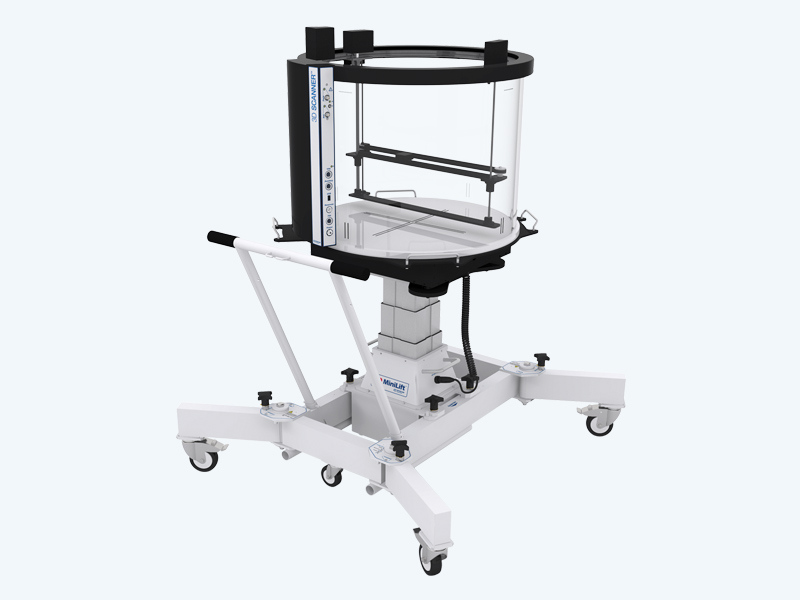 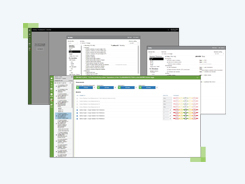 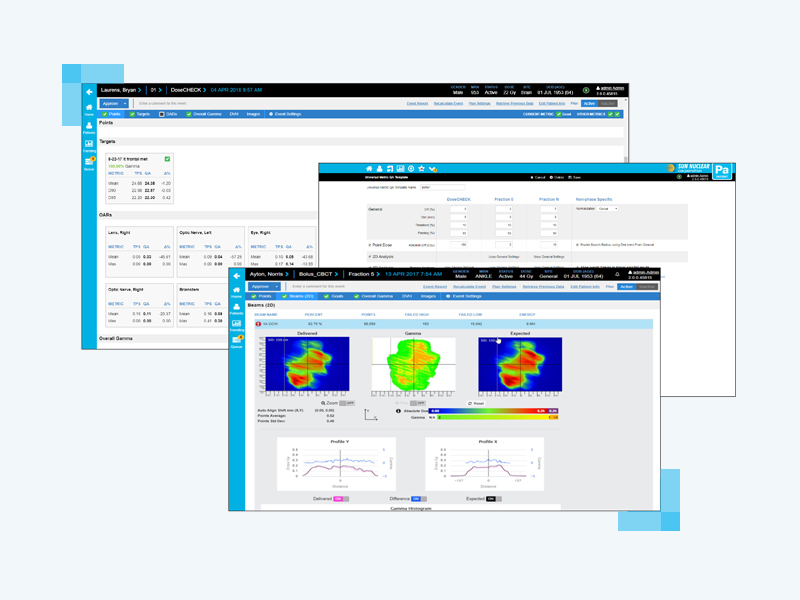